“ An App should be used because it’s useful, not for the sake of being techy ”

evenTwo was responsible for developing the Multi-App SAP NOW South, that contains the Apps for the events that SAP held last Spring in Argentina, Chile and Peru. Mariana di Paola, Digital Content Manager and coordinator of the project, believed this was the best solution for them: “Having the three Apps inside a single platform was very practical”. According to her, the fact that each country organized its own event meant that having independent databases and content managers was “very positive for the organization”.

The relation between evenTwo and SAP Argentina dates back to 2016. “We got to know evenTwo thanks to an agency we worked with”, says Mariana. She explains that the relationship of trust and an economic price lead her to hire the Multi-App, although she stresses the importance of simplicity above all things: “Other providers offer more complex packages, but with evenTwo we did a one hour training and then the three of us were ready to go”. Besides, she says thet were “very pleased” with the service offered: “Despite the time difference with Spain, they are always responding quickly and the response is great”. 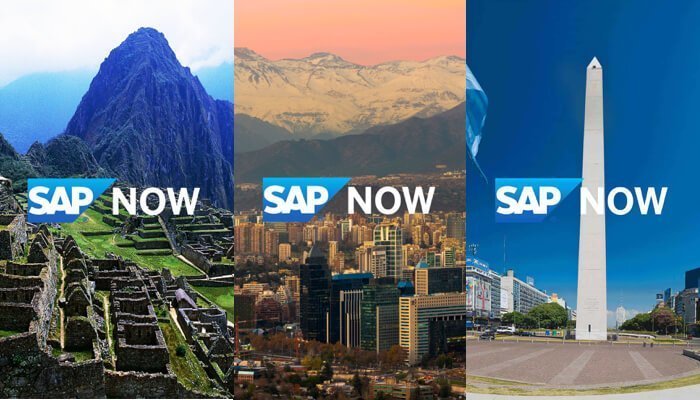 Mariana explains that having Apps on their events is “like an obligation” for SAP: “We cannot talk about smart company, digitalization, etc. and not have an App”. In the three SAP NOW celebrated, totems were installed were attendees could follow instructions to download the App, something that “gave a plus to the overall image of the events”.

Anyway, Mariana feels ambitious regarding future collaborations: “An app should be used because it’s truly useful, not just for the sake of being techy”. Although the download ratio was high, she admits that attendees have many distractions during the event and says: “It’s also our responsibility that everything goes through the App, so we should improve that to make the most of it”.

As a result, in SAP Argentina they’d like to study more carefully what new features could be considered by the team and try to have “more time to integrate them” for the 2020 SAP NOW events. Among other options, Mariana feels it would be specially interesting to go for “something more integral” thanks to evenTwo Access, the new platform for attendee registration and access control developed by evenTwo. “It’s great news. Up until now we do that with another provider and we’d rather have it all in one”, she says.

This website uses cookies to improve your experience while you navigate through the website. Out of these, the cookies that are categorized as necessary are stored on your browser as they are essential for the working of basic functionalities of the website. We also use third-party cookies that help us analyze and understand how you use this website. These cookies will be stored in your browser only with your consent. You also have the option to opt-out of these cookies. But opting out of some of these cookies may affect your browsing experience.
Necessary Sempre abilitato
Necessary cookies are absolutely essential for the website to function properly. This category only includes cookies that ensures basic functionalities and security features of the website. These cookies do not store any personal information.
Non-necessary
Any cookies that may not be particularly necessary for the website to function and is used specifically to collect user personal data via analytics, ads, other embedded contents are termed as non-necessary cookies. It is mandatory to procure user consent prior to running these cookies on your website.
ACCETTA E SALVA